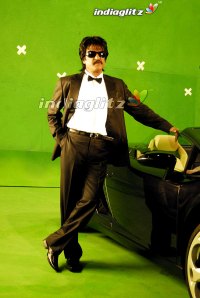 The news of Superstar’s Kuselan releasing on 1st of August is sure to attract lots of media attention. This is the first time in the last decade that two Rajnikanth movies are releasing in a span of 1 year. The trailers are already out and is sure send Thalaivar’s fans to absolute frenzy. I watched the trailer and was really impressed about the packaging of the same.

It had everything in the right mix. You could get a jist of the movie and also a glimpse of the thalaivar in his various stylish outfits. The movie has lots of other stars too like Pasupathy (Who actually plays the title role), Meena (Back in Rajni movies after a long time), Sneha, Mamta Mohandas, Santanam, Vadivelu to name a few.I am so happy that this movie is releasing in Bloomington IL and I will be able to watch it on the 2nd of August. I am really looking forward to the same. There may be better actors than Rajni but there cannot be a better entertainer than him in the movie industry.

You know that if you are watching a Rajni movie you will be entertained for sure. I am sure that Kuselan will go on to become a huge hit for P.Vasu as I think he knows how to make a movie with Superstar in it. There is lots of expectations on P.Vasu as his movie is following Sivaji, a blockbuster in 2007. I hope that he would be able to do justice to the original Malayalam version. I am going to watch the movie for sure and there will be many others who will in the first few days. Watching the Superstar movie in theaters always gives you goosebumps. I am sure this one will be no different.